Amazon kicked it out of the park when they announced the virtual assistant Alexa. I think. The intelligent personal assistant is one of those kind of helping technology that you don’t particularly don’t know what to do with it. On one hand, having a voice-based help program is one of the things trekies dreamed of. And looking into the history of Alexa, it seems like the idea behind started as an homage to the first two series of the classic show.

Launched first in November, 2014, it appeared at the same time with the Amazon Echo and it can do a couple of things. First, by just thinking about it, I can list music playing, alarm setting, player options for audiobooks and playlist. Oh, and there is also the option for it to read out the news for you. Something like a sexy-voice radio newscaster.

Another thing that Alexa is known for its capabilities to control other smart devices. And people have taken advantage of this, which in hindsight wasn’t that much of stretch of what people might do.

The wretched shall fell my fire

A flamethrower. Yap, we are starting it quite well today. Nothing to set the mind on speed like a person that thought to himself. “Hmm, what should I do today? Maybe something try to create a prosthetic that imitates the human movement? Nah, tomorrow. How about something that is stupid, fun and out there? Yeah, a flamethrower sounds like a good idea”. And so the magnificent bastard set himself on the path to enlightenment. After he achieved the 9 step, he managed to come up with a bit.

Now, all joking aside, if you don’t know the youtuber and invert, colinfurze, then this might be the time to discover him. One of the things that made him popular are his Wolverine inspired mechanical claws. Another one is full-sized Tie fighter, which is wicked amazing.

The flamethrower, in an ironic twist of fate, is build out of parts of a fire extinguisher. And just to make things more ridiculous, colonfurze also gave it some silly commands. If you shout out to Alexa “Give me fire” or “Give me fire now”, she will do just that. With a passion, no less.

I checked out his channel a bit, and he also has a guide on how you create your own Alexa controlled devices.

For the lazy side of you

Kohler always had a dream. An unnecessary one, but one I will receive with open hands. Think of all the times you forgot to flush your toilet. You didn’t? Well, aren’t you a functional member of society. Anyway, for all the lazy ones, or afraid of push buttons, there is the Smart Mirror.

The producer, Kohler, started the Kohler Konnect line an attempt to introduce the next line of smart technology everywhere in your house. And I do mean everywhere. Kitchen? Just the word, boss. What about the bedroom? Of course, why not, let’s put voice sensitive devices. Hey, but what about the bathroom? Why do you even ask, you already have the Smart Mirror installed and everything.

All under the controlling voice of Alexa. Besides the funny part, where you ask the assistant to flush your toilet, there are a couple of things you can keep an eye on with the device. You can change the lighting profile on the mirror, tell it to fill the bathtub to a certain level or even monitor water usage.

The setting for Kohler Konnect can be changed by using a phone app, so there is that. While I checked the site, the product still hasn’t received a starting price. 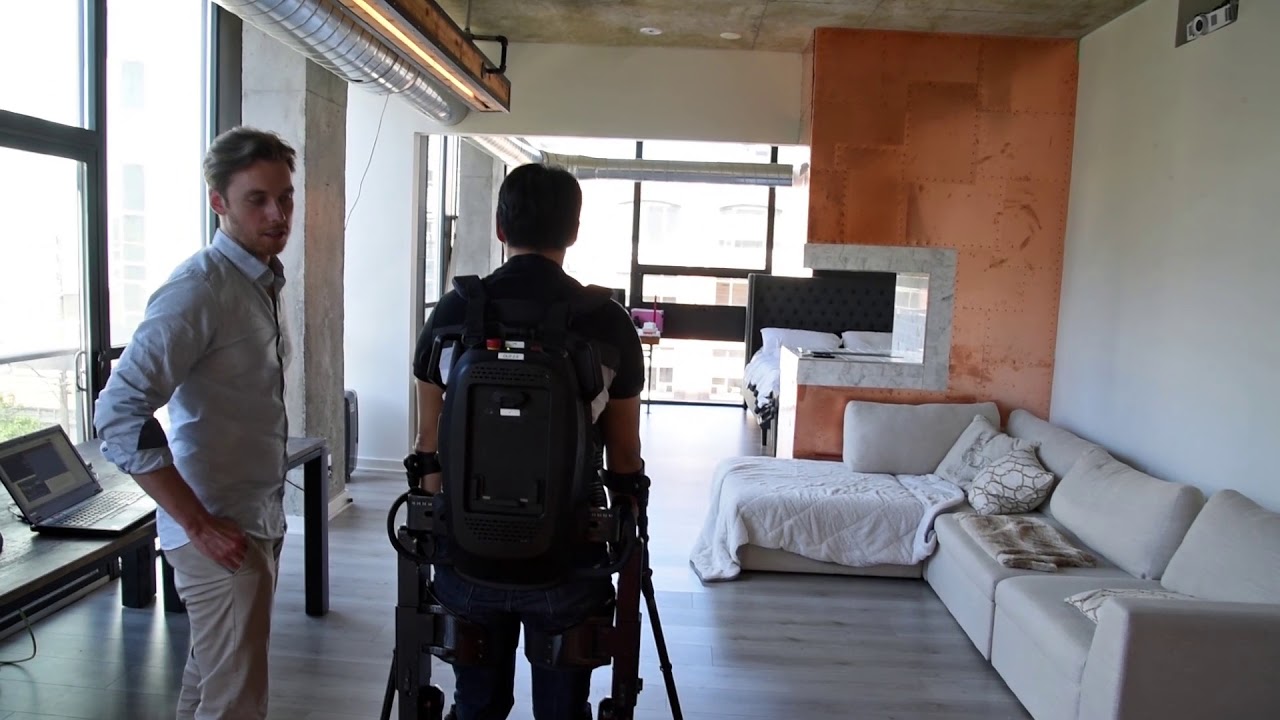 Steer me, you magnificent digital stallion

Besides the forces of evil and those of the mercantile, Alexa can also be used by those of good. And by that I mean, to help others that actual are in need. The people at Bionik Labs have seen what potential a voice controlled device and decided to apply it to their robotic exoskeleton. The ARKE, as it is called, uses voice commands for action. More like basic movements, but it still works. For the time being, it can do the following. Walk in certain directions, stop, sit down and a few more options, like the length of the stride.

The device was build, fully with the plan for it to be integrated in the Amazon Echo platform. That permits Alexa to complete the tasks given by the user.

At this early stage, ARKE is still in a faze were it can’t be sold for a wide audience, but the cofounder and COO of Bionik Labs, Michal Prywata is certain that their product will become a household device for paraplegic users.

“There is a huge opportunity for us in the home exoskeleton market, which hasn’t been tapped into yet”.

The next step for the device is to exceed it’s preclinical stage, as at the moment has been tested for rehabilitation purposes, but hasn’t received approval from medical

All else can we expect to see in the future?

As Alexa keeps put into a lot of different kind of projects, we can expect it to become a powerhouse further down the line. And if all the upcoming apps and gadgets are as fun, creative, and useful as the ones described above, then we can giddy for what else Alexa has in store for us.

A couple of Twitter bots to lighten your day