In 2003, or so I read, Apple tried to partner with Burton to create a new type of gizmo. I call it that because it is not exactly a new technology. Or a new type, to be fair. It was geared towards snowboarder and skiers, and it gave them better control over their Ipod, while going down the mountain.

The more I read about the electronic jacket, the sillier it seemed. What else could it be used for? Does it have any other functions, besides pressing on pause, play or rewind? Are people really that impatient, that they can’t wait to get off their adrenaline filled bodies to change a song? Have any of you went skiing? It’s not exactly what I would call a leisure activity that gives ample of reaction senses to switch your playlist.

The jacket, called the Burton AMP had a wire, and a control panel on the sleeve. The IPod could be connected to the panel, making it easier to change the 2000’s nu metal song of day. (Seriously, the 2000’s were a horrible year for rock music).

Now, back to the present-future, Google is trying to learn from the mistakes of the past and make the ones for the future. In a partnership with Levi, they created the Project Jacquard Jacket. A smart jacket, to be firm.

The piece of cloth is not just stylish, but also an expensive piece of technology. (Well, not as expensive as all the silly stuff people throw their money to, like a robotic-virtual rabbit assistant). The jacket costs somewhere around 350 $, but that is online price. I still haven’t found the amount necessary to buy it from stores. 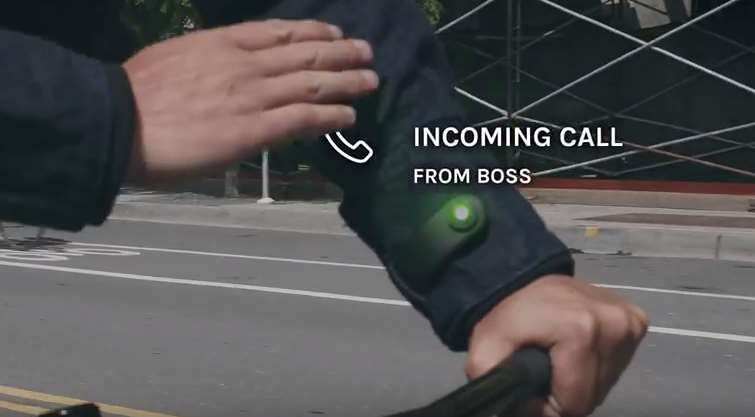 Sensitive to touch, please be gentle

If you can’t tell, the gadget itself is made to be next step in blending the digital with the real. The Google team that made this is called Google’s Advanced Technology and Projects, or ATAP for short. With a name like that, you know that they mean business.

So what is the main thread that let’s this fashionable product to succeed? Well, it all starts with a weave touch-sensitive fabric, a fabric which they want to become a norm in the future. As they mentioned in their 2015 presentation of the product.

The main reason why Google even let them name the new textile creation, is because the team is a factory of crazy, but also creative ideas.  Let’s take for example Project Abacus. This allows users to no longer need to enter a password or a pin number. Instead the project analyses how you use your phone and extrapolates from the data a method specific to yourself to open the device. So basically, a password killer.

Now, they set their sights on the fabric industry. The Jacket itself works like the Burton AMP, with the function of sleeve-touching-action. Instead, though, of working only on a single device, the Jacquard is compatible with apps like Spotify, Google Maps and Strava. They also left the option for third-party developers to make additional software for the jacket.

Can you use to Play/Pause, Rewind?

Some people have already gotten their hands on the retail version of the product. Many have described it very positively on the clothing side, but not so much of as a technology piece. If you read the reviews from the perspective of someone who wears a lot of Levi then you will hear a lot of praises. “I can say that it is an absolutely fantastic article of clothing. It is comfortable, stylish, breathes well at higher temperatures, and is pretty much tailor-made for bike commuting in San Francisco”.

The main problem risse when you try to actually use it for what it is intended for. While it does everything it sets its eyes on, the main issue with it is that after you finish playing around, it becomes obsolete. Yes, you can do gang signs on your left, or right, sleeve to access the news. Yes, you can dial someone by just pressing, like a futuristic cop, your jacket. Heck, I bet in a few years we can use them like they did in X-Files. Or any other secret files, shady organization type of show.

Just image, talking secretly on your collar, trying to blend in. The future really is something bright, and not scary. 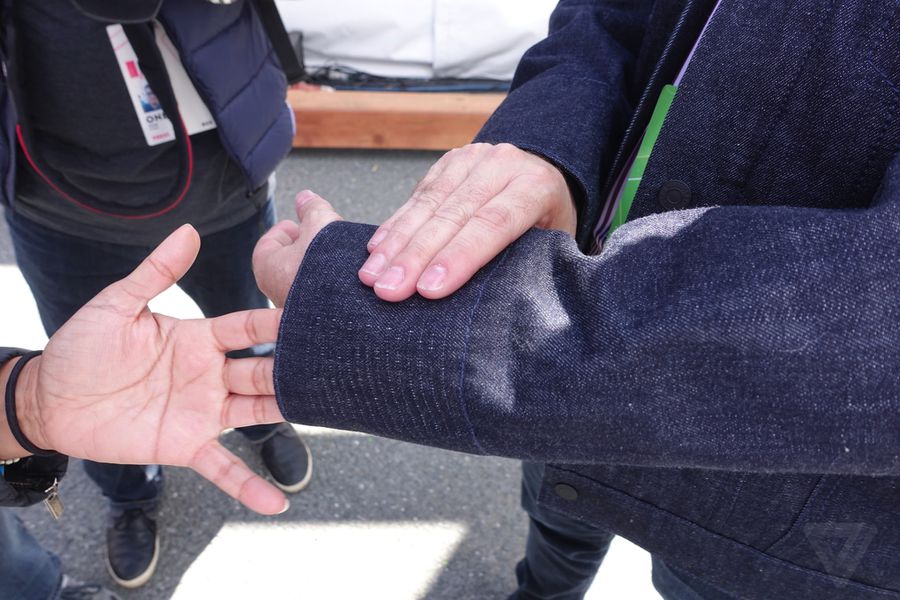 So I can accidently dial mom. What else?

By using either a few touchscreen-like motions, like a double tap or brush inward or outward, you can access a number of functions. I already mentioned the possibility of answering calls and controlling your music player. Besides those, you can access the navigation system to help in traffic.

What else? Nothing much, to be honest. After checking the main page for the gadget and other sites that talk about it, I haven’t found any other particular uses. I mean, besides an expensive piece of clothing, there isn’t much that a smartwatch can’t do. Actually, if you want a simpler integration of technology in your daily activities, a smartwatch might be a better solution.

At least for these you can still get something like a sensor, for when you go on a jog.

There is nothing more left to say about this particular jacket. It’s seems to be a delight to wear, but nothing that at moment seem like a necessary piece of technology. Or even a fun one, because at least the rest can become some sort of toy, or a playful thing that you own.

Maybe the next step the team at ATAP takes is the actual product they wanted to release right now.