We are now in the glorious year of twenty eighteen and people might still talk about getting on that Bitcoin mining thing to get rich. But a quick look online might discourage any soul trying to get into the action. Besides that, there are also a lot more crypto coins to dig for, so why still go with the O.G one? Most obvious one is because of the rarity and value that it has on the market right now.

Another thing you might have heard about trying to mine right now is the fact that 2018 is the year (or even decade) for the Bitcoin. And it has become quite impossible to mine alone for the coin. Besides that, you also have to take into consideration how much you might have to invest in the hardware required for even starting such an operation. If you are still interested in become a full time, coal loving and back pain mine, then let’s take a look at the tips people have for newcomers.

Before you wander into this world, let’s go over a few basics terms that you might hear in the community. Hash is the math problem a computer must solve. The Hash rate, for example, is the rate at which mathematical problems are being solved by the miners. And the more users mine, the higher the rate is. It can also mean how practical or the performance of the miner.

Bitcoins per Block is the number of coins appear per problem solved. A block has 50 of these cryptocurrencies and it halves every four years. Right now you can find 12.5 Bitcoins per block. Bitcoin difficulty refers to how hard a mathematical problem is. As more and more are solved, the tougher they become.

The final thing you should keep up with is Pool fees. These are basically groups of miners that work together for a common goal. If you want to actually succeed in 2018 as a Bitcoin miner, it is quite required to join a pool fee to actually manage to gather coins. Just be wary that after a pool manages to gather enough resources, those are split between the members. 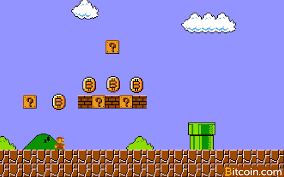 Invest in power and time

Many sites will tell you that in order to try the gold rush, be prepared to invest not just equipment. (Meaning CPU and GPU, which can cost you somewhere between 200-500$. At beast). You should also be wary of the power consumption and electricity rate. And when those bills will hit, they will hit like a truck…kun.

Fortunately, there are mining calculators that can take every single detail into question and can inform if you’re ready or not to invest in Bitcoin.

A mining machine is probably one of the best starting points there is out there. Bitcoin mining is now a profitable deal if you are willing to invest. One the most used machine right now is the Antminer S9, which costs somewhere around 2.400 $. Others, more powerful and faster can get to 5000$ or even higher. The reason why you should consider investing in one of these is the fact that it gets stuff done a lot faster than your PC.

Next step is to join a mining pool. Maybe getting together with other people isn’t your thing, but if history has taught us something it is that the more, the merrier. (And then you can use your crypto coin to hire some undesirable people to do the hustle for you. If you want the rest of the winnings). Joking aside though, the main reason why a group works, in this case, is the Hash.

Each crypto puzzle has a special number, called nonce. This is the actual golden goose that everybody wants. And you will need a good mining gear to solve as many problems at once because only a few of the puzzles contain the nonce.

A few pools for the nice kids

Here are a few mining pools you might want to take into consideration. They offer security, fairness and experience. In return, they only require your efforts.

Besides these, you also might take into consideration Eligius or BTC.com, other groups with a great reputation and quite great business methods in mind.

A few more things to be wary of. The unpredictable things that can happen just out of pure bad luck. For example, even though you have the best gear, there might appear hardware failures, power outages or network problems. Thiisre all technical problems that appear in a lot of households and some miners forget to take them into consideration.

The market and volatile nature of the Bitcoin is another one. Today it might worth hundreds of dollars, tomorrow not so much.

In my opinion, only the ones that have actually calculated a lot of scenarios, are absolutely sure that they will be doing this for a long time are the only kind of people I would see actually becoming miners. And if you are absolutely sure you want to play the long game, then be prepared to actually put some money aside for when the newer, better mining gear will appear on the market.

So chin up, put your hands deep into your pocket, eyes opened for market changes and get ready. Today might be that perfect day to hunt for the gold.